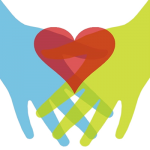 I have not come to bring peace, but a sword.

Many of the wrongs done in the name of religion, in the name of Christianity, can thank a particularly destructive interpretation of these words from the Gospel of Matthew.

These are not easy words of Jesus, and they require us to look past the years of crusades, witch trials, and everything else done “with God’s blessing” to the context of when these words were spoken.  It’s difficult though, seeing past the wrongs of our communal history.  In fact, many in this generation[1] [2] have lumped religion with all of the other institutions plagued with its obviously flawed humanity brazenly[3] displayed for all to see, and therefore no longer relevant.  But this mistrust of institutions,[4] religious and secular, has been undermining the efficacy of human communal endeavour for years.

Why then is the church still here?

In this age of flawed people leading flawed institutions, why believe?  Why live out our faith in such a way?  Because in spite of “broken human community, [we have] and a tradition bigger than [us] [and we are with] people who may not reflect God back to [us] in [our] own image.[5]  Church reminds us that this thing called faith came long before us, and will exist long after.  In a vain desire to create a structure to faith, have tried to put words to it, to help explain and understand, yet we each struggle to find meaning in this altogether too brief life.  In the church, we strive to learn from each other, both those in the pews, and those who sat there hundreds or thousands of years ago.

Communion calls us to a sharing that speaks to our base human needs,
as we are called to one table.
Confession calls us to a contemplation of what true healing looks like.
Community calls us to think about the needs of others, while still considering our own.
Why does the church try to live out togetherness when Jesus
did not come to bring peace, but a sword?

I remember visiting with wonderfully sweet woman in a church I served, who spoke very passionately about her faith.  She was born and raised Catholic.  She loved the ritual, the mysterious mass uttered in a language she did not understand – drawn to the symbols: the bread lifted up and broken, the cup upraised, the movement forward in a long pilgrimage of all those faithful who leave the comfort of their pews to venture closer to the mystery of the divine.  As she aged she experienced more of this mysterious communal life, fed by family and tradition, though when time came that she met her husband, she went against it all, and fell in love with a Protestant.  She remembered the arguments of head and heart that plagued her as she rebuffed him.  She kept their relationship a secret from her parents, for fear of what they’d say.  And over the time of their courtship, she learned that he had grown up just as faithfully as she, in the Methodist church in town, his parents faithful leaders within the church.  As the months passed, a growing feeling in him wanted to surprise her with an engagement, however him knowing her parent’s objection, they decided that she would first speak to her parents.  She pleaded with her family, and begged to be able to marry him, her parents firm in their beliefs of the type of person a Protestant was. He came on bended knee to her father, asking for his permission that would never come.  The divide between those two branches of Christianity was too much for her parents.

She remembered her wedding day with much clarity, because it was the day her heart was both broken and mended, hurt and healed.  Though with deep scars, when she spoke about what came next, she got quiet.  Almost in tears, she said she did not speak to them again.  Over the years, she tried.  She made efforts when her children were born, sending letters, trying to pass messages through her siblings to somehow reach her parents.  Yet every letter went unreturned, every phone call disconnected.  The heartache turned into despair and into eventual…nothingness.  Her parents eventually died, broken hearted that their beloved daughter had turned her back on her faith.  And yet, as she shared her faith within the church I served, as she spoke with the fondness about her foundation in Catholicism and the years she raised her family in the Methodist and United Church, she was able to see the similarities when her life was marked by the painful differences.

I remember reading that passage in church a few months after this wonderful woman talked about the sword of division that split her family.  I couldn’t look at her, nor her children or grandchildren as I read the scripture and offered a sermon about how Jesus doesn’t make it easy on us.  Division is unavoidable.  Many would cite an example like this and others for why religion should not exist.  And all of us can recall a time that “the church” (or better said) the people in it, have hurt us.

Why then is the church still here?

The church is here because in community we share an experience of the divine which is greater than our human divisions, greater still than our collective human history, more mysterious than human thought, transcendent love and justice more powerful than our simplistic notions of right and wrong.  The church is here to give home to those outcast from their own, to give refuge for those wandering and seeking, to (literally) feed those who are hungry.

The Gospel of Matthew was believed to have been written to a Jewish community, in the time that came after Jesus’ resurrection.  This community would know the hurts of division, as once-Jews would turn away from fathers and mothers, or moreso, turn away from the traditions and faith that raised them, to embrace this new teaching of the rabbi who was crucified and resurrected.  Whispers and curiosity would entice those seeking a new relationship with the divine.  Relationships would be key to understanding what Christianity is all about.

While Jesus here speaks about the division in families, this passage is nestled in the establishment of a new community, [6]  people connected to one another beyond familial or even bloodlines.  They are united by the love and compassion of Christ.  They are called to share[7] what they have, and by eating together, accept one another[8].  They are charged to heal the world, and as Jesus inaugurates a new understanding of faithfulness and religion. They are bound to one another, for they have left fishing net and family behind.  They find in one another, father and mother, friend and confidant, the faith relationships that inspire a new vision for this earth.

I believe, even more firmly because of that story of the woman and her parents, and her journey of faith, that we are called to make difficult decisions because of our faith and love as we explore the relationships that tie us to one another.

Christianity is rooted in moments where someone invited us to come and see, who took our hand, welcomed our brokenness and failings, and celebrated the mystery of the divine as it uniquely blesses our lives.  We stayed because the inspiration of that person’s life, even the unexplainable personal calling of the risen Christ, which called us to community beyond ourselves.  For where two or three are gathered in the name of Jesus, community is born.

I remember being a teenager within the church.  In that tumultuous time of rebellion, soul searching, struggling with puberty and the rush of emotions and depression and uncertainty about one’s future…it’s no wonder youth rush away from the church.  They’re in the wilderness of their lives, wondering if anyone understands what they’re going through, let alone God.  In my church at that time, I only now realize how lucky I was to have amazing youth leaders, people that invited me in, took my hand, welcomed my brokenness and failings, and urged me to discover this mystery of the divine as it unique blessed my life.  I celebrate their gentleness with me and others and the ministry they lived out, that called me away from family bonds, to know a new community.

(I hope) we can each think of one person that has done this for us.  Someone that called us into a relationship, a community, that opened the door of Christianity, or as more powerfully put (from the story of the road to Emmaus found in the Gospel of Luke, chapter 24) that opened the scriptures in such a way that our hearts burned in such a way that touches deeply who we are and who we are called to be.

And so, in an age of millennial mistrust of institutions, of unavoidable despair with all done in the name of religion, with the question of why Christian coming at us from friends, family, neighbours and the wider world, we need to declare that the power of Christianity is found in relationship.

Around the baptismal font, we declare in a world of division, even in a faith that at times is deeply divided, we are not defined by our divisions, but by that which we share.   We make promises to walk alongside one another.  We share blessings and point to that which is more than our humanity.  We commit to community when churches are filled with people that wonderfully are just like us: in need of home and heart.

[6] Matthew 10: 1 – Then Jesus summoned his twelve disciples and gave them authority over unclean spirits, to cast them out, and to cure every disease and every sickness.

[8] Borg, Marcus, Speaking Christian – Borg says that Jesus “was known (and criticized) for his inclusive meal practice. In a society where sharing a meal meant acceptance of those with whom one ate, he ate not only with peasants, but also with those commonly seen as outcasts, virtual untouchables”

[9] I married a couple once where one was raised Anglican and another Catholic, and because of difficulties the churches gave them about their upcoming wedding, had chosen United.  When they described that they had chosen a United Church to their families, it felt as if they were unfortunately declaring that no one would be happy being in a place that wasn’t their “home church.”  With joy, they’d rather disappoint everyone and be true to their own beliefs.